To put its founding principle into practice, the University of Aizu recruited faculty from throughout the world. The situation in Japan today is such that both the quality and quantity of computer researchers and engineers are insufficient, and there are only a limited number of people capable of supervising them at the time when the University was established. Accordingly, the University recruited outstanding individuals from Japan and overseas. The University sought outstanding faculty by reviewing their achievements in their respective fields through detailed examinations, and this resulted in approximately 40% of the faculty being non-Japanese. this level of internationality has become one of the University's most distinctive features. Not only does this prove that computer science and engineering is viable globally, but also it illustrates the urgent need to train computer researchers and engineers in Japan. Of course our outstanding faculty also includes Japanese educators and researchers, and both Japanese and non-Japanese researchers on campus collaborate on joint projects to make global research practically viable. 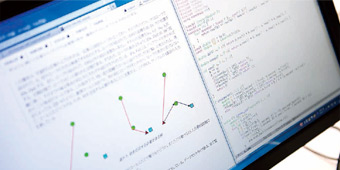 You can find the study of the ideal from the research database. 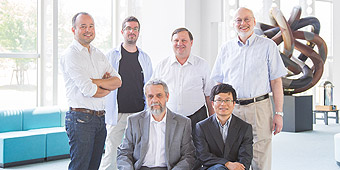 The top level of the faculty who were public from all over the world.

Interlaboratory research teams called "cluster" were respectively established for three emphasized fields of research, Robot, Biomedical Engineering, Cloud and IoT, Research will be promoted to meet social needs, so that CAIST can contribute to development of local industries and creation of new businesses, based on its achievements.

As robots are strongly expected to contribute to our society, the University of Aizu will apply our information communication technologies to robotics for evolving robots to the next stage, as well as creating a new field of study in computer science and engineering from the experience of development of robots.

The mission of this cluster is to conduct theoretical study and computer simulation, to develop methods and apparatus for the prevention, prediction, therapy of SCD, and to build an influential research team in SCD at the University of Aizu.

This project are going to study the architecture, framework, design, construction and management of Secure, Scalable, Sustainable, Elastic and Feasible Cloud (S3E1F1 Cloud), and an intelligent messaging infrastructure which enables S3E1F1 Cloud, and an extension of cloud which support Cyber Physical Enterprise Integration. The project also study Smart Grid and Data Processing Infrastructure as the application of the proposed Cloud and Intelligent Messaging Infrastructure. Enterprise integration is a set of loosely integration of systems, related business and human activities.

The center will conduct research that leverages data accumulated in previous research on and observation of lunar and planetary probes in the field of space informatics, which integrates space and planetary science with informatics, in collaboration with other organizations such as JAXA and ICT enterprises. The center will provide its research achievements in the form of new value added data and software to scientific communities including the Japanese Society for Planetary Sciences. By doing so, the center will contribute to uncovering the origins and evolution of celestial objects in the solar system.

Center for Cultural Research and Studies