On December 6, Mr. Song Jian, chair of China-Japan Friendship Association, and 8 other members visited UoA as a delegation of the association. President Tsunoyama and Chinese Professors of UoA welcomed the delegation, took them a tour around the campus and exchanged views with them.

*China-Japan Friendship Association is a civilian association assembled under the strong leadership of Mr. Zhou Enlai, Premier of the People's Republic of China from 1949 to 1976, and played an important roll establishing diplomatic relations between China and Japan in 1972. 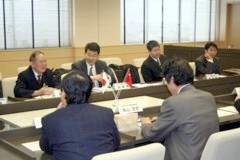 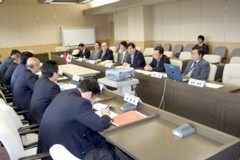 Prof. Wei telling about his research to the delegation 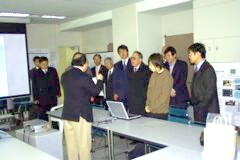 A commemorative picture with the delegation 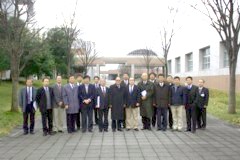