The "Welcome Hour", a welcome party for new faculty members, international students and administrative staff who joined the University in April 2015 was held at Keyaki restaurant( Student Hall 2F) on Wednesday, May 13, 2015 at 18:10. The event is jointly organized by OSIP/SAISUA in spring and in autumn every year.

There was a total of 56 participants including President Oka, vice president Tei, faculty/staff members and international/Japanese students. Associate Professor Kim Rockell who is President of the SAISUA for 2015 took the role of the MC.

Mr. Takahashi who is a staff member led the people to do "Ipponjime" which is a traditional clapping ritual to honor the close of a formal event. The party went very well. 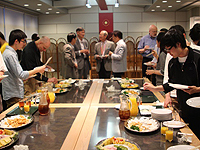 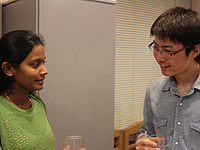 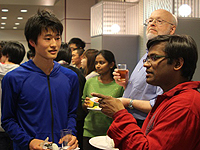 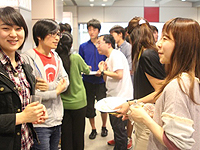