A UoA Team made it through the 39th ICPC Domestic Contest

A UoA Team made it through the 39th ICPC Domestic Contest

The domestic contest of the 39th ACM-ICPC was held on Friday, July 11th, 2014. One of the teams from UoA, "AizukkYYY" won the 19th place among 326 teams, getting through the competitive domestic contest.

Associate professor Yutaka Watanobe, their coach, encouraged them stating "I'm proud of this team. They won out through the competitive domestic contest. The Asia Regional Contest will also be highly competitive with strong teams, but I hope they will be fully prepared for the contest and enjoy the challenge."

Click here for the result of ICPC Domestic Contest. 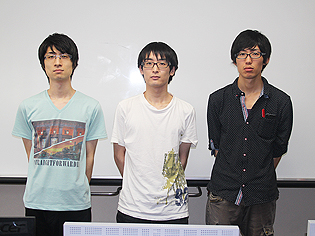 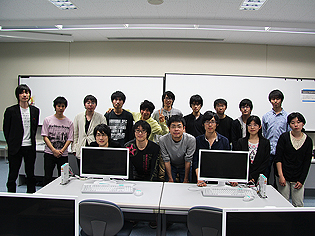 What is the ACM-ICPC?
An international programming contest for university students held by the ACM (Association for Computing Machinery) since 1976, the ICPC is a contest in which teams of three students try to answer as many problems in as short a time as possible. As the only world-level programming contest for university students, the universities and teams that compete are highly respected around the world.